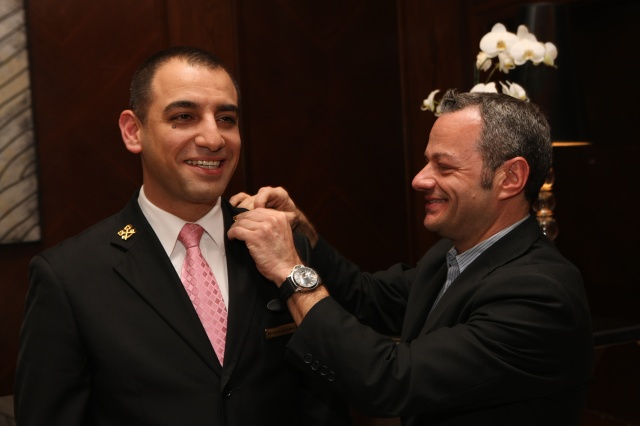 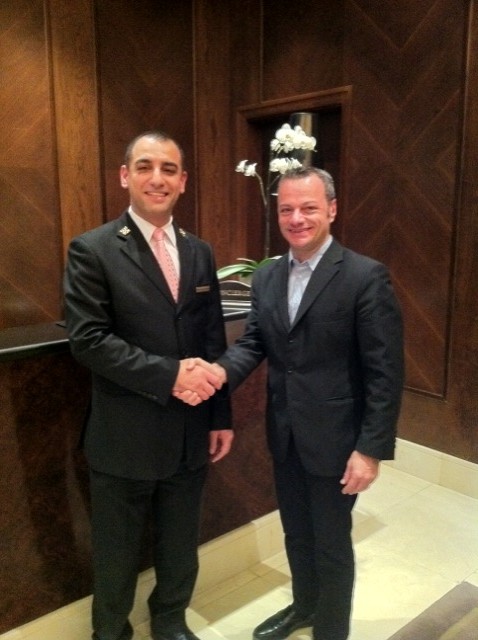 While traveling on holiday in Jordan I happened to arrive in Amman at the very same time that Mr. Bashar Badarneh, Chef Concierge of The Four Seasons had just received his keys in the post.  The occasion was quite fortuitous and momentous as Bashar is now our one and only Les Clefs d’Or member in all of Jordan.  The Four Seasons was absolutely thrilled and delighted and actually organized a photographer to conduct a small pinning ceremony with myself placing our famous gold keys on the lapel of Bashar.  The Hotel’s PR Director and General Manager Mr. Livio Faverio were present as was the Director of Rooms Mr. Saleh Bataineh Seasons.  The Hotel also sent out a newswire and press release about the event.    The Four Seasons is the number one luxury hotel in Amman if not in all of Jordan.  Recently the Chain has also opened a hotel in Damascus, Syria.

Mr. Bashar Badarneh has been Chef Concierge of the Four Seasons Amman since the hotel has opened.  Bashar has spent time working in London as well as The Four Seasons in Prague.  His membership has been sponsored by our Greek (Hellas) Section.

I had the opportunity to spend some considerable time with Bashar and it was very thrilling to see such excitement and eagerness to explain the significant of our keys and what they represent.   I was able to witness several people; mostly outside vendors asking him about the keys on his lapel.   Bashar will be a wonderful new link and representative for our Organization and a great addition to this particular Region of the world which holds such growth potential.  Not to mention the increase of tourism in Jordan.